Editorial Mediterrània > Children, youth and families > Art with family > The stained-glass windows of the Sagrada Família by Joan Vila-Grau 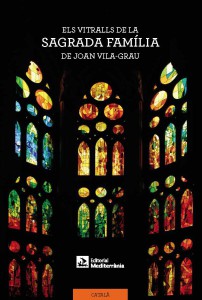 In 1999 artist Joan Vila-Grau was commissioned to design and produce the stained glass panes for the large group of windows on the western façade of the Sagrada Familia. He studied the temple itself but also the concept and function of stained glass windows in various works by Antoni Gaudí before beginning the process of creating the Resurrection windows, which were installed mid-2001.
The Board of Construction of the Sagrada Familia Temple subsequently entrusted the design and creation of all the stained glass windows in the temple to Vila-Grau and he has been working on then ever since.
Joan Vila-Grau’s mission is to develop a genuinely evocative symphony of colour and light in order to create an atmosphere that envelops the entire temple. His work is imbued with his own personal style yet fulfils Gaudi’s original vision: “The Sagrada Familia will be bright… It will be the temple of harmonious light.” 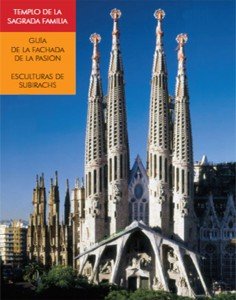 We use cookies to ensure we give the best user experience on our website. By continuing to use this site assume that you agree.I agree